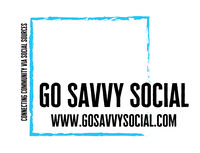 ​Dreams of being someones mom...

​My journey into motherhood has been nowhere near traditional. In fact, prior to finding out I was pregnant with my son I was on an adventure that probably would not have ended well. Initially, I had started writing to parent my own children better and to develop a grasp on what worked for myself, since I had grown up in a situation where my parents separated. Introducing Dear Mom Working to others is a way for me to relate to other moms going through similar experiences. Coming together with other moms and relating with them has truly made me a better person for my children; and isn't that what we are all working toward? I hope in sharing my past, present, and goals you do not judge, but find something you love and are able to apply to your own personal situation.

MY PAST
I never thought I would get that chance to be someone's mom. I had married within 7 months out of college, at only 21. I had attended college post secondary during my high school senior year. I worked really hard, and achieved my Bachelors degree in Criminal Justice in only 3 years. In 2009, I started having stomach pains which lead the doctors to take x-rays of my abdomen. The doctor had mentioned seeing what he thought signs of Polycystic Ovarian Syndrome. Since pain subsided, no further research was done. Polycystic Ovarian Syndrome is the leading cause of infertility in women. It is caused by cysts on the ovaries, and can make it difficult for many women to have children. My husband already had a child from a previous relationship, and among many of our hardships we faced, I believe may have been the straw that broke the camels back. We tried, I failed. Everything we had been through was TOO hard and facing that he was able to have a child, but I most likely would not, made it even harder. We divorced and both have happily moved on and remain friends today.

I didn't share with many, if anyone at all, my experience with the doctor because it was not a definite diagnosis. I moved my sadness over possible infertility to what might be my reality. I became the friend no one ever imagined would have kids. The friend that you reminded yourself you have to bring your own toys because Dear Mom Working was not the type to have children's toys at her house. The person you would never call to watch your children. I just decided kids weren't for me. A few years later I married again. Yet again, I tried. This time our hardships were more then could be dealt with on either end and when we decided to REALLY try again too much damage was done to our relationship from other relationship hardships. In the end, we had tried at that time I was really ready. Again, I failed.
​
It was during my second marriage I poured my life into fitness. I worked HARD. I hired a trainer. I was all in, more in then I had ever been. My body decided to stop my monthly cycle. This is when my life started a big change. I was put on a medication that I knew increased fertility. My mindset was that I did not have to worry about the increased fertility because I couldn't get pregnant previously. I had at that point convinced myself my body would not allow me to become pregnant. One night I went out with what was to be Holden's dad to let out steam of an almost finalized divorce. After being very sick for a week in December 2013, and noticing I had only had one cycle since taking my new medication I decided randomly I need to try a pregnancy test. To my surprise, I would now be raising a child with a man I hardly knew. To be completely honest, I was excited. I had protected myself from wanting children. I did something I didn't think was possible. My son is my hardship and my blessing. My son is something I have always wanted for myself and never knew I wanted at the same time.

My son's dad was not in a position to accept parenthood. I had tried to help him, but my efforts were lost. To be honest I didn't treat the situation with the respect it could have received. I was alone, alone and pregnant. Thankfully, I was in a good situation and had family by my side, but my pregnancy with my son wasn't easy. There were many times I was alone throwing up, alone at doctors visits, alone wishing I had someone to share this wild exciting ride with.

My son wasn't progressing so I was scheduled to be induced at 6pm. That night I walked into the emergency entrance of Fairview Northland Princeton alone. I announced to the security guard I was there to have a baby. I was set in the room by an amazing nurse. She started the induction. That nurse, her and I. All night long we went through contraction after contraction. Pain, discomfort and agony, I was alone. That morning, my family arrived for support, and by then I was able to have pain relief. He arrived that afternoon. I was solely responsible to oversee the life of this precious little baby. After everyone left that night I felt excited. I stared at him. I may have been alone, but I swear things just came naturally, or maybe it came from all of the books I read. ​
When we were released home, we came home to our house decorated for his arrival. My parents made sure I was feeling okay and then they left, it was just my son and I. I held it together, but when I knew they were gone, I looked over Holden, his name meaning "from a hollow in the valley," and cried. Cried because I was a mom, because I was scared, because my heart was full, because I was lost, because he deserved so much more than me. ​​​​